When it comes to programming languages and their usage, JavaScript has turned out to be the most popular, with 71.5% professional developers placing their trust in it.

Given the notoriety of Javascript, there are numerous frameworks available to build applications on web, desktop or mobile. In fact there are a lot of them, and seemingly another one every month.

With the introduction of JavaScript frameworks for building mobile apps, many companies and developers have found a great solution to build interactive UI, with less lines of code.

Mobile platforms such as Android, Windows Phone and iOS use different programming languages. For instance, iOS apps use Objective-C, Android apps use Java, while Windows Phone applications use .NET.

The question is: just like on web application, does JavaScript has a similar effect on mobile application development as well?

In fact, JavaScript frameworks are favored by the majority of frontend developers over other languages. They are essential in order to make sure that the entire process is fast and smooth.

There are many JavaScript frameworks to choose from in terms of efficiency, that’s why we’ve made a list with the most well-known frameworks for mobile app development.

It is the most famous JavaScript framework, being the basic frontend tool for tech giants like Instagram, PayPal or Dropbox.

Being designed for writing real, natively rendering applications for iOS and Android, React Native has the potential to expand to future platforms as well. It was initially created by Facebook as a tool for its own use, before being released to the public in 2015.

Similar to React for the Web, React Native applications are written using a mixture of JavaScript and XML- esque markup, known as JSX.

One of the friendly aspects of React Native that captivates its broad community of developers, is the real-time reloading, which leads to a more responsive development process where users can get faster feedback on changes as they work.

Adobe PhoneGap is a distribution of Apache Cordova.

They are both open-source, have a very similar API and support multiple platforms – iOS, Android, Windows Phone. 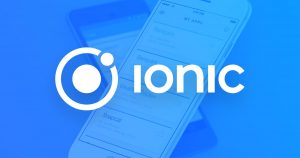 This framework uses web technologies like HTML5, CSS, and JavaScript to write and run applications. It requires a native wrapper like Cordova or PhoneGap in order to run as a native app. The Ionic core is written with Sass and was originally based on a popular JavaScript framework – AngularJS.

You can think of Ionic as the front-end UI framework that will handle all of the look, feel and UI interactions your app needs in order to be compelling. Just like “Bootstrap for Native,” but with support for a broad range of common native mobile components, slick animations and beautiful design.

The Ionic application can be written in simple JavaScript. 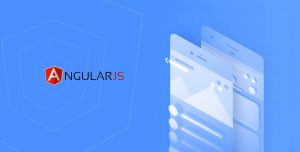 This one is also a popular framework, one of the best for building Android and iOS apps across all major platforms.

It was released by Google almost a decade ago.

The main reason why the frontend developers still favor Angular over other frameworks is the fact that it really simplifies the development process, it’s very efficient and results in bug-free code that will scale up the development.

If you are a big fan of Angular, this framework is for you! 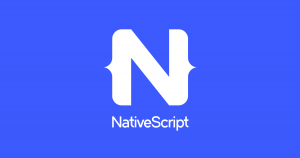 It is an open-source framework that gives you direct access to every native platform API and component from JavaScript, TypeScript or Angular. In fact, mobile applications built with NativeScript result in fully native apps, which use the same APIs as if they were developed in Xcode or Android Studio.

Biggest advantage: it is open source and free which means it lowers the work costs.

Another free and open-source JavaScript framework, Meteor, also known as MeteorJS, was actually built on concepts from other frameworks and libraries in such a way that makes it easy to prototype applications. It makes web development easier.

Meteor will give you ongoing control over your app. Because of this great feature, you’ll be able to update the JavaScript code without a developer’s help. 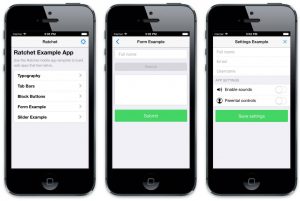 Is an open-source front-end framework for building interactive mobile apps in HTML, CSS, and JavaScript.

The framework was crafted by the creators of the popular Bootstrap framework. Initially, was used by Twitter to prototype iPhone app layout using HTML/CSS. Later, because its effectiveness, it was converted into a fully fledged framework.

Perfect whether you want to target Android, iOS, or both!

Other than these, there are many other creative JavaScript frameworks out there. The mobile application development market is enjoying its golden period.

That’s why choosing the right JavaScript framework shouldn’t be about the number of innovative features it can provide. Instead, it should be about the real functionalities of the framework and how those can be applied within the application.

These days, it’s hard to decide which framework or technology is the best one. It always depends on the project where you want to use it.

That being said, all the best with your final choice!